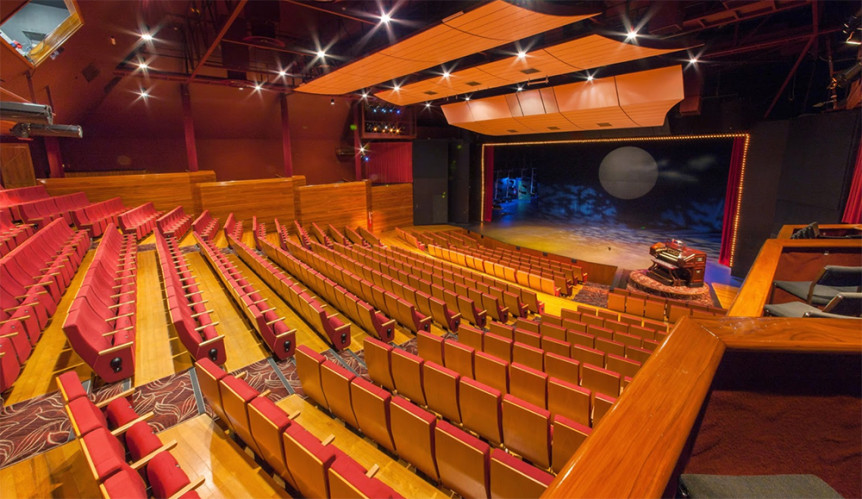 In 1983 after nine years of planning and fundraising by an enthusiastic group of local residents Baycourt Community and Arts centre was opened on 26 April1983 by the Prince and Princess of Wales.

The royal couple inspected the Exhibition Space, viewed local arts and crafts and was treated to a five minute extract from Tauranga Repertory’s latest production “The Magistrate”. After the official opening, the couple strolled from Durham Street to Hamilton Street to talk to the thousands of people gathered to see them.

The gala opening concert by the New Zealand Symphony Orchestra was held on 28 July 1983. The tickets for what was the first of many diverse events to be held at the venue were sold out in three hours.

It was the second time in two years Hank Marvin Gypsy Jazz Quartet played at this venue, to a similar enthusiastic crowd as in 2013. The facilities at this theatre are second to none and together with the most obliging and enthusiastic staff it was an honour to feature here.